Most people these days seem to be experiencing considerable angst and anguish over the congressional slugfest/standoff in Washington. Allow me to present a contrarian view.

Why can’t we all just get along? Why can’t both parties work together and get things done without all the partisan rancor? Well, we could have that type of government if that’s what we really want. North Korea doesn’t have much trouble deciding what to do and getting it accepted by political rivals. They just get rid of political rivals, then decide. Is that what we want? China is pretty much the same way. And Iran. Iraq was that way under Saddam Hussein, and Afghanistan will be that way as soon as US troops leave and the Taliban takes over again.

To be sure, there is political strife, even in places like China and Russia. But there it is suppressed until it explodes into violence. We prefer to fight on the floor of the House and Senate rather than in the streets. Or do we?

If George Washington were here today, he would wince and grimace and scold. If James Madison were here today, he’d give us two thumbs up. Jimmy understood better than any other Framer or Founder that political parties and the fierce partisan struggles they produce are necessary. Sometimes ugly and nasty, but absolutely essential in a healthy democratic constitutional republic.

We haven’t always followed the Madison model, and we paid a staggering price for it. The Democrat party was created originally for the express purpose of keeping the slavery issue out of political debates. Candidates were not allowed to mention it. And incumbents avoided it as much as possible in congress. When they couldn’t avoid it, they quickly resorted to a compromise that didn’t resolve anything but merely delayed the inevitable. If politicians had dealt with the issue, slugged it out in the House and Senate, and come to a practicable solution there, we possibly would not have found ourselves locked in a civil war that took 650,000 American lives.

Bipartisanship gave us prohibition. And segregation. It denied women the right to vote. Reversing those policies was not easy, fast, or pretty. We survived Watergate and Viet Nam. We’ll survive this “crisis” too.

We wring our hands not only over partisan politics, but also over intra-party disputes. Everyone knows there are strong differences of opinion within both parties. When Republicans are deeply divided, Democrats point to it with amusement, and Republicans try to gloss over it. But the GOP has a few people left who are willing to defy their own party when it gets off track. Democrats should applaud diversity in the GOP just as much as they praise and promote it everywhere else. Both parties have become so corrupt and so devoid of integrity that they cannot survive without making major changes. It’s when the party is united behind establishment leaders and policies that we should worry.

Of course there are limits. Eventually compromises have to be reached, agreements must be made, and laws need to be passed. Those things happen in time. Meanwhile, it may seem like endless, pointless bickering and squabbling. But it’s part of how a healthy democratic constitutional republic works. For proof, look to the constitutional convention in Philadelphia in 1787. The Framers disagreed on virtually everything, but they were able to hammer out our Constitution. It was needed because what it replaced, the Articles of Confederation, was the product of full agreement. 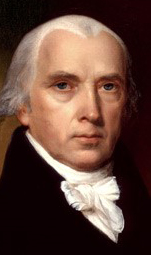